As a result, an increasing number of employers are making wearing hard hats on their worksites mandatory at all times.

At a minimum, hard hats should be worn any time when:

“Hard hats that comply with the standard AS/NZS 1801:1997 (or equivalent) must be worn at all times while on site where there is a risk of objects falling from above.

Adjust the harness cradle to ensure comfort and total contact with your head at all times.

It is recommended you do not wear clothing items on your head such as hoods, baseball caps, thickly woven or heavily seamed beanies or balaclavas. Some hairstyles such as dreadlocks are also not recommended. Safety clothing distributors offer seamless polypropylene beanies which do not interfere with the performance of the harness cradle.

To secure your hard hat, you can use the elastic chin straps, or a four-point retaining strap integrated with a harness when working at height.”

Hard hats have a hard outer shell designed to deflect or absorb an initial impact, and a harness (sometimes called a suspension) which absorbs and spreads the impact, minimising the effects of a blow to the skull. The wearer should ensure the harness is adjusted to be comfortable and to provide overall contact with the head.

Esko hard hat shells are constructed from ABS (Acrylonitrile-Butadiene-Styrene) plastic, which has an excellent combination of impact resistance, durability, rigidity and flexibility, as well as a an attractively smooth surface.

All our hard hats are tested and certified to meet AS/NZS 1801:1997: Occupational Safety Helmets. This Standard sets out the specific requirements for protective helmets to protect the wearer from falling objects and hazards in the workplace. Look for these symbols which indicate the product has been passed by an approved testing agency:

ESKO TUFF NUT helmets have a sticker on which the date of issue to the wearer should be filled out. The Australia/NZ Standard 1800:1998 states:

“At the time of issue to the wearer, the helmet should be marked with the issue date. Field tests have shown that generally, helmet shells have a life of at least 3 years from the time of issue. Components of harnesses may deteriorate more rapidly in service and harnesses should, therefore, be replaced at intervals not longer than 2 years.”

Note that this advice relates to the date of issue, not the date of manufacture. We recommend that hard hats should be replaced routinely after two or, at most, three years of use, especially if the user environment has higher exposure to temperature extremes, sunlight or chemicals. Helmets can’t be expected to meet the standards if their structural strength has been compromised through damage.

The TUFF NUT hard hat is light, comfortable and well-ventilated with a short peak to minimise sun exposure. It is made of UV-resistant ABS material to absorb and resist high impact. The harness is easily detachable and fully adjustable to fit head sizes between 53cm to 66cm. A six-point harness gives much improved safety over a four-point harness, redistributing shock loads over 30 per cent greater area.

ESKO’s TUFF NUT range come in two adjustment styles, pinlock and ratchet. Hard hats with pinlock adjustment are slightly lighter, slightly lower cost, and are usually preferred where the hard hat is permanently issued to one wearer. The ratchet style is quicker to adjust and is better where the hat may be issued to more than one wearer, such as in a site visitors office.

ESKO also offer bump caps for lower risk situations. These caps are comfortable to wear and give useful protection against bumps and scrapes on sites where there is no risk from falling objects. Bump caps are recommended where hard hats are not appropriate but some protection is still desirable. But they are not a suitable replacement for hard hats across the board as they are not designed to withstand falling objects. ESKO’s bump caps comply with the EN 812:2012 standard but are not compliant to AS/NZS hard hat requirements. 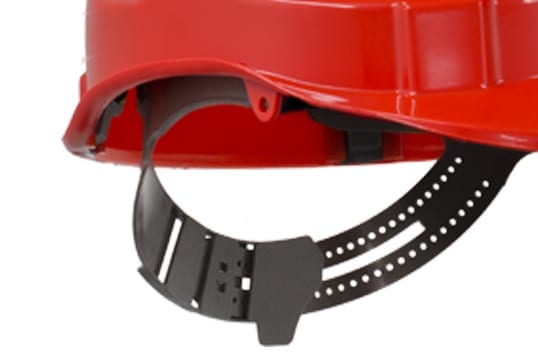 PINLOCK HARNESSES are slightly lighter and are good where the hat is permanently issued to one wearer. 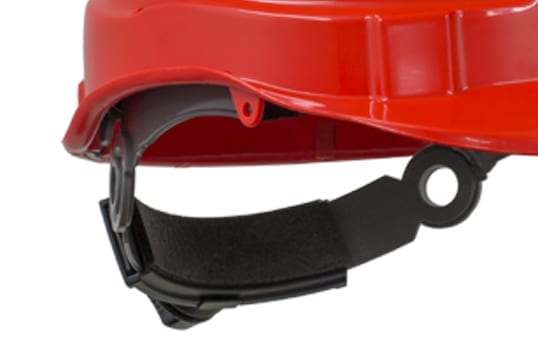 RATCHET HARNESSES are more easily adjusted and are better where the hat may be issued to multiple wearers, such as in a site visitors office.

DOES IT MATTER WHAT COLOUR A HARD HAT IS?

There are no regulatory requirements for hats to be any particular colour. However we strongly recommend you use conspicuous colours like neon yellow in situations where visibilty is vital, especially in forestry or arborist work.

Having hard hats available in a range of colours gives the opportunity to distinguish different workers on a worksite. Commonly used selections are:

LOOKING AFTER YOUR HARD HAT

In service, a hard hat’s shell and harness will sustain UV exposure as well as frequent small strikes from falling objects and minor bumps and scratches. These will affect its expected service life. 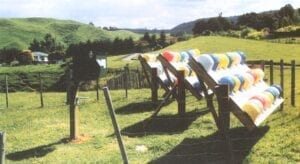 A 1996 investigation by New Zealand’s LIRO concluded that the effective life of helmets exposed to outdoor weathering ranged from 13.5 to 36 months. And a 1999 Hong Kong study showed impact resistance of hard hats declined significantly after two to three years of service, also that adverse weather conditions, such as high UV light, high temperature and humidity, had a remarkable influence on performance.

It is important for wearers to regularly check the hard shell and harness: